Shooting games (FPS) are the most popular games nowadays and fps titles such as Apex Legends, PUBG-Mobile, call of duty and others are at the top of the list for all players. FPS games are also equally popular on smartphones and there are thousands of FPS games available on the App Store, but not all of them are worth downloading. In this list, we will share the best shooting games (FPS) for iPhone and iPad that are worth your time and will live up to your expectations.

The best shooting games (FPS) for iPhone and iPad in 2022 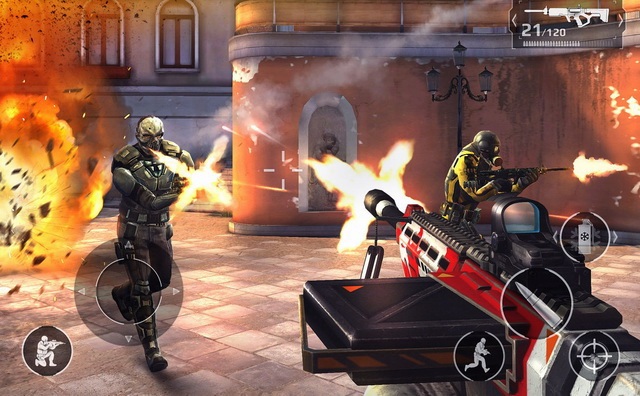 Modern Combat 5: Blackout belongs to the popular Modern Combat FPS game series and it is basically a military FPS game that provides a console-like gaming experience on your iPhone. The game comes with robust and complete single player missions which are scattered across different regions to give you the ultimate fps experience. There are also a variety of game modes available that you can play with your friends. These game modes include Free for All, Squad Battle, Capture the Flag, Zone Control, and Cargo. If you are looking for a console-like FPS gaming experience, Modern Combat 5: Blackout is a great option for you. 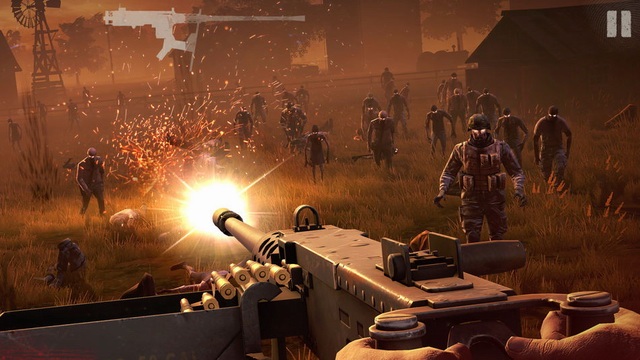 Into the dead 2 and the new version improves all aspects of its predecessor and offers solid FPS gaming experience on your iPhone. It’s basically a run and gun game, but unlike an endless runner game, there’s a narrative and progression that will keep you engaged in the game. swarm of zombies and you will have to survive and for this you will have access to the right armory. If you’re looking for a fusion of zombie, fps, and endless runner, Into the Dead 2 is a great option. 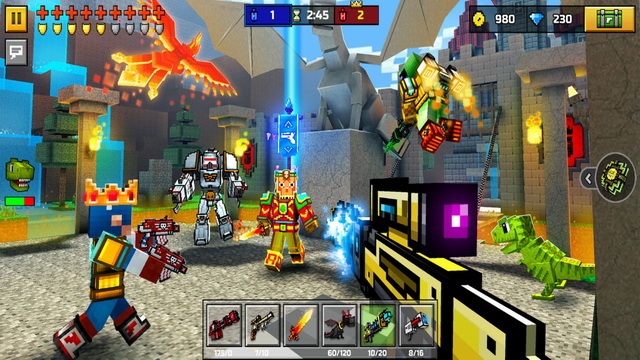 Pixel Gun 3D is a really unique FPS game, unlike other FPS games, Pixel Gun 3D does not rely on the great graphics instead it keeps things basic. It includes a solid single-player campaign mode as well as a multiplayer mode. The game also provides tons of weapons that you can choose and buy. All in all, Pixel Gun 3D provides a unique FPS gaming experience on your iPhone. 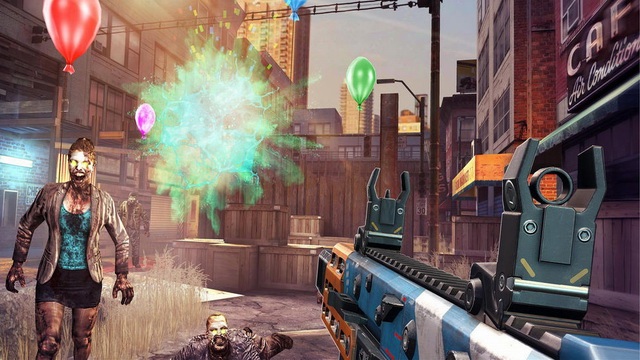 Despite the fact that Dead Trigger 2 is an old game but it still provides a solid FPS experience. The game features stunning graphics and contains many creatures that you will have to kill. It also has very solid controls and overall everything is smooth. Dead Trigger 2 is also completely free. 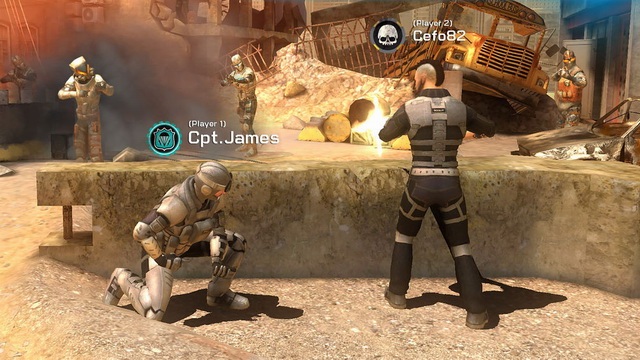 Overkill 3 is another great shooter that offers a third-person shooter perspective. It also has some very unique rail shooter controls meaning you don’t control movement and will focus on shooting and killing bad guys. There are tons of missions available in the game and you will also choose the loadout before each mission. If you’re looking for a more hands-on approach to gunplay, Overkill 3 is a great option. 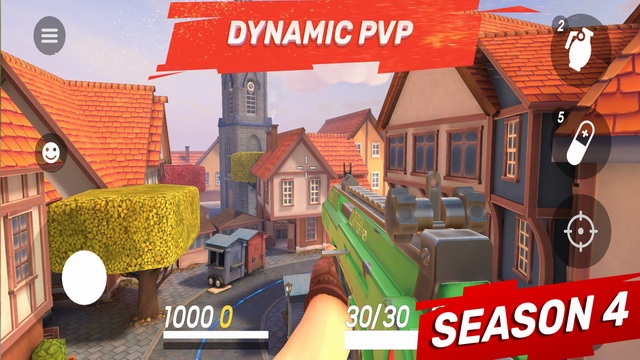 Guns of Boom is another very popular FPS game that offers the best possible FPS gaming experience on your iPhone. It features really good 3D graphics that have the cartoonish look of Fortnite, but it’s cool and you’ll love it. You can engage in PVP battles on a variety of maps, and you’ll have access to over 48 deadly weapons. The commands are also very simple and you can easily learn them. Overall, Guns of Boom is a very good FPS game and we recommend it. 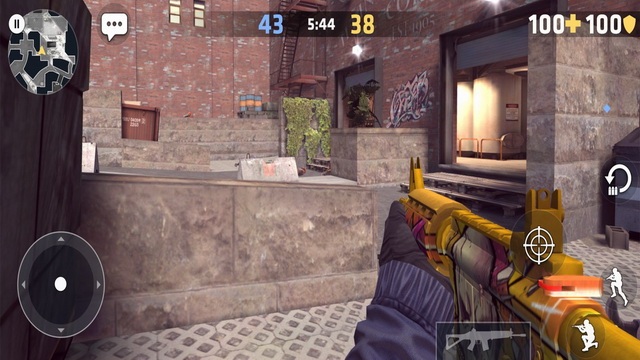 Critical Ops is another great FPS game that resembles popular shooter (FPS) games like Counter-Strike, CS:Source, and CS GO. The game offers premium multiplayer FPS gaming experience on your iPhone. It’s extremely fast paced and you’ll love the action. In this game, you will play as a terrorist or a counter-terrorist and you will have access to bombs, weapons, grenades and much more. You can join servers to play with your friends or you can play alone. There are in-app purchases, but they are cosmetic and you don’t need to spend any money there. 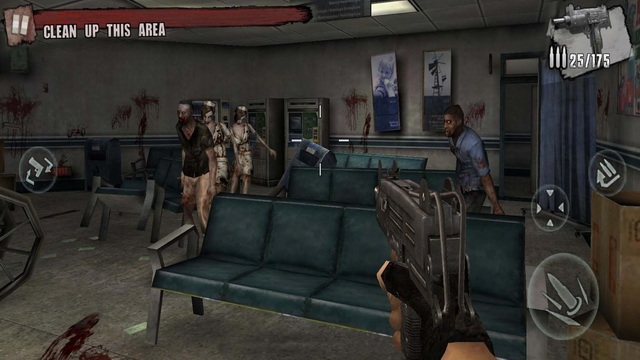 Zombie Frontier 3 is another very good zombie shooting game which provides good FPS experience on your iPhone and iPad. The first two installments in this series were good, but this one takes the game to whole new levels with its 3D graphics and extreme actions that will push your device to its limits. There are over 200 levels and 4 regions where you will face the deadliest zombies and bosses. It is also completely free to play. 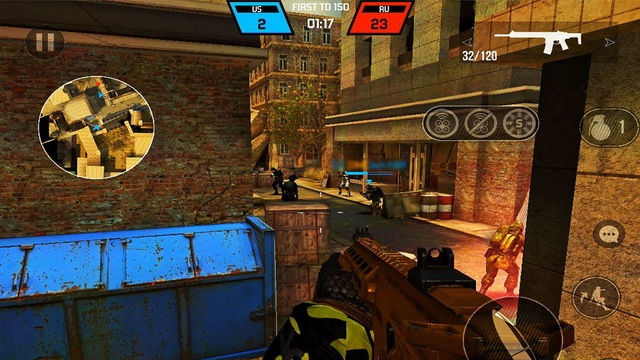 Bullet Force is a modern, action-packed, fast-paced FPS game that delivers a premium shooting experience on your iPhone. It’s one of the best shooting games (FPS) for iPhone and there’s tons of content available in the game that will keep you engaged. There are total 4 different game modes including free for all mode, team deathmatch, gun game and capture the flags. You can play as terrorist or counter-terrorist. There are also custom loadouts in the game where you can customize the loadout for various scenarios or modes. 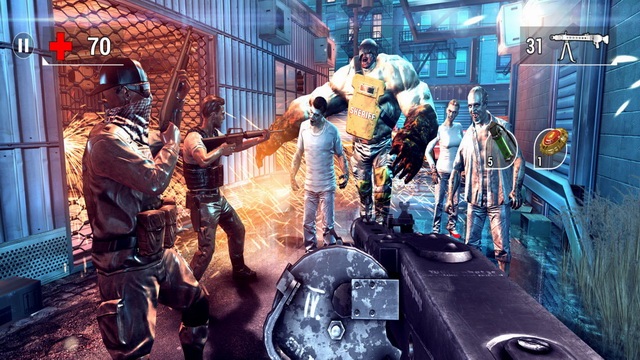 Unkilled is the best zombie shooter game and it offers premium shooting experience on your iPhone. In the game you will free New York City from zombies and you have to save New York City as well as the world. the game comes with the best graphics that will push your iPhone to its limits. It features over 150 missions that will test your survival and shooting skills. There is also a 5v5 multiplayer mode if you are looking for a fun multiplayer shooter.

These are the 10 best shooting games (FPS) for iPhone and iPad. You cannot go wrong with any of them as they provide the best FPS gaming experience. Let us know your favorite FPS game in the comments section below. You can also consult the best strategy games for iphone on our website.