Fortnite, free on iPhone and Android thanks to Xbox Cloud Gaming

Best routers for Spectrum of 2022 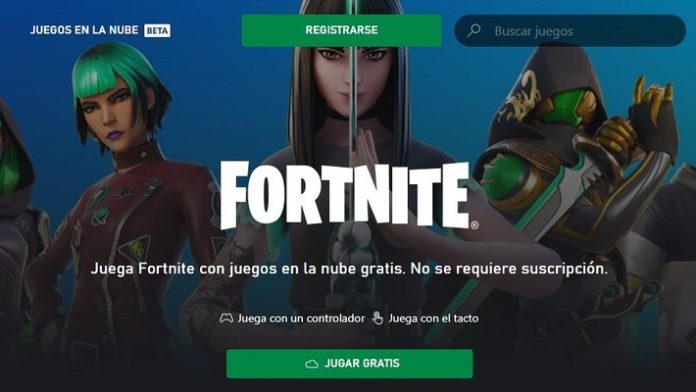 In its particular dispute with Sony, Microsoft has been doing very well in entertainment. A few weeks ago we were talking about the acquisition of the Activision Blizzard studio, but there are also more modest but equally interesting announcements, like today’s. We are referring, obviously, to the commercial agreement between those from Redmond and the developers of one of the most popular games of recent times: Fortnite.

The good news is that if you want to enjoy this title, you no longer need a powerful computer to run Fortnite Battle Royale, because now we’re going to be able to run it directly from any device that has an internal browser. In what way? Thanks to the fact that Microsoft and Epic Games have agreed that users can play Fortnite on iPhone and Android through the Xbox Cloud Gaming platform.

Through a press release, from Xbox they explain that we only need to have a subscription to Xbox Game Pass Ultimate, the only way to access Cloud Gaming. Those who are paying for the service, and are in the 25 countries in which the agreement governs, including Spain, will be able to play Fortnite from their browser, going to Xbox.com/play, with the detail that, of course, Microsoft introduces enhancements to your Edge program.

“It is an important step to add a free-to-play title to the cloud gaming catalog as we continue our journey in the cloud,” Catherine Gluckstein, vice president and product manager of Xbox Cloud Gaming, said in the statement about great news. Probably in the coming weeks other video games will be added under this same concept, although it is not bad that Fortnite, for what it represents, is the first.

Make sure the URL in the address bar doesn’t contain any capitals or spaces and check your bookmarks. Popular...
Games

Best routers for Spectrum of 2022

The online version of Photoshop will be free

RNDIS, MTP, PTP, MIDI. What is this on an Android phone? ▷➡️ thetechnoanalyst