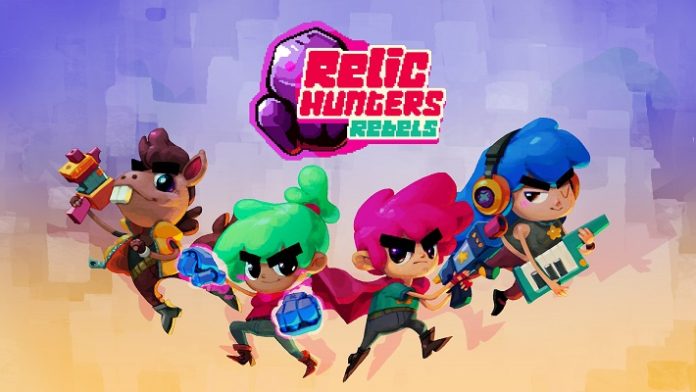 A few weeks ago we talked about the last two Netflix video games: Hextech Mayhem, a spin-off of League of Legends, and Dungeon Dwarves. We warned, back then, that there would be just a couple of the many that would arrive this year, and it seems that the North American firm, which is not going through its best moment in terms of content, intends to bet everything on entertainment, hand in hand with several innovative proposals .

One of them is Relic Hunters: Rebels, for some its best video game so far. It is an action RPG game that shows that it is paying more attention to the development process, both in terms of storylines and gameplay. In addition, this title is available in Spanish, so it makes more sense for a huge number of clients of the platform, which are all Spanish-speaking.

Designed by the Brazilian studio Rogue Snail, which usually focuses on this type of game, it stands out for the large number of actions that take place as we progress, complemented by a selection of fun characters, with their stories. Eventually a release on PC or Steam is not ruled out, but for now it is exclusive to mobile devices, both iOS and Android, on which we can run them.

In the tests that we have carried out, we came across an infinity of weapons, which we must learn to use so as not to waste them, since not all enemies are to be feared. Meanwhile, we can select one of the four available characters, each with assigned roles, so the missions will change according to what we choose. Finally, it does not have micropayments, and you can download it from the Play Store as well as from the App Store.